Tarantulas, as well as other insects, do not become bored. This is because they don’t have the brain complexity to feel the need to explore and seek new knowledge. When a tarantula isn’t moving, it is simply content with having no threats to its survival.

Why do some animals get bored?

To understand why some animals never seem to get bored, we must first understand why others do. Why have some animals evolved to feel restless and irritated by a lack of mental stimulation? For example, most mammals become bored when they stop learning about their environment or stop having new experiences. Scientists theorise that they evolved this way to be prompted to explore and find more suitable habitats or richer food sources.

Take a squirrel, for example, which relies on being able to gather nuts and berries to be able to survive. If it hasn’t been occupied with picking nuts from a tree in a while, its boredom will prompt it to find a new tree to search. This leads to the squirrel gathering a whole tree’s worth of extra nuts, which it’ll hide away in a hole. When winter comes, the squirrel won’t starve, because its boredom resulted in a much greater food store. 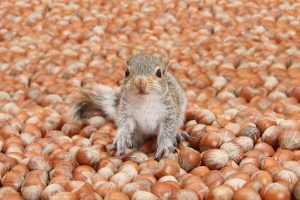 Why don’t tarantulas get bored?

So why don’t tarantulas operate in the same way? In the wild, tarantulas are slow and deliberate hunters and spend most of their time waiting for food. Instead of spinning webs to catch insects, they typically hide under small rocks and in crevices, waiting for an insect to come close enough to ambush. They occasionally spin a trip wire so an insect will alert the tarantula with a tug if it is near. Once detected, the tarantula will rapidly devour its prey, a prize for its patience. 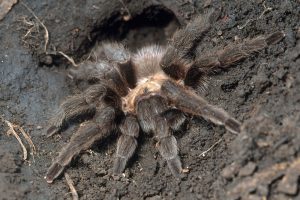 You can probably see from their hunting methods why feeling boredom would only be a hindrance for tarantulas. If a human had to sit hungry in a small hole, waiting for food to come by, they would probably start making up a tune with some rocks, or decorating the walls of their cave. Worse, a human would eventually just leave the hole, searching for a new one with fresh stimuli. All this activity would scare off any potential prey before they came close.

But tarantulas are perfectly content to silently sit in their hiding place. They have to be, as it is their only chance of coming close enough to an insect for ambush. 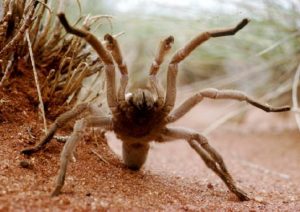 Do tarantulas get bored in a cage?

You may notice your tarantula sitting idly for seemingly hours on end, and wonder if it is feeling terribly bored. However, your tarantula is probably just feeling content that it has a great supply of food, and a nice place to hide. Tarantulas simply do not have sufficiently developed brains to have any concept of boredom.

Since tarantulas have never been domesticated by humans, your pet will have the same instincts as a wild tarantula. If you were to try giving your tarantula toys or small puzzles to play with, they would simply ignore them. 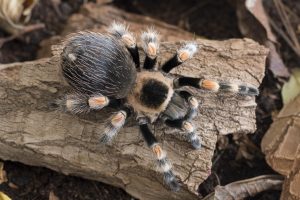 Animal-Club can provide animal parties or an animal handling workshop where your children will be able to see, learn and interact with the hamsters and other wonderful animals with the help of our presenters. Our mobile zoo has many friendly animals such as rabbits, tarantulas, geckos, vinegaroons and more that will be perfect for an animal party. We can also come over to your school for an animal school visit in the classroom or arrange for an animal workshop with us where the children can learn about animals and have fun too.