Animals claws have many different purposes. Here are some wacky animals with weird and wonderful examples as to how claws help them survive.

The difference in animal claws

Animal feet have claws for many different reasons, some are certain ways depending on animals’ anatomy. For example, the tapir has 4 hooves to help them through mud. On the other hand, lizards only have tiny claws to help with grip when they use their sticky feet. Here are some of the main purposes of claws.

Defence is an important part of an animal’s life. In the food chain, many animals need to be well evolved to get away or fight away any predators or threats that may threaten their survival. 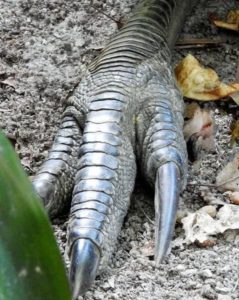 Large birds are very good at using their claws in order to defend themselves. Both Ostriches and cassowary’s have large claws, one larger than the other on one toe. If they feel threatened, they will kick out with tremendous force in order to scare any threats away. Though not claws, hooved animals use a similar strategy and kick out when they feel threatened, causing injury to any attacker that dares to come behind them.

Nothing screams weird and wonderful as much as the aye aye. The aye aye has adapted in an incredible way. Just like other primates it has bony opposable fingers. This allows us to grip and hold on to things. With other creatures like the aye aye, this anatomical advantage has taken a step further. The aye aye has a large finger with a claw at its end allowing it to almost ‘stab’ its prey and eat it.

Aye ayes live in Madagascar, an island very close to Africa. It lives in the forest canopy and uses its heating to listen out for grubs in trees.  The aye aye proceeds to poke at the wood to help locate further before gnawing at the bark. Once a hole is made it uses its finger to stab the grubs and eat them… dinner is served!

You may be wondering what the purpose of small little claws are, especially small ones like dogs or little lizard feet but in reality, all claws have a purpose. When a dog runs a lot of pressure is put on their carpal joint (wrist joint). In order to deal with this pressure when running and changing direction, the dogs’ claws provide extra traction to help stabilise the carpal joint. The dew claw in animals also helps with gripping onto things.

Lizards claws are also very good at climbing and therefore gripping. A great example is a bearded dragon or iguanas’ claws. Both are sharp enough to allow them to grip onto branches. The lizards’ foot is also a unique shape to allow them to run easy and help with traction once again.

Cats are champions when it comes to possessing impressive killing claws. The cat retracts its claws so it can grab onto and pull down prey. Cats really are the kings and queens of claws! 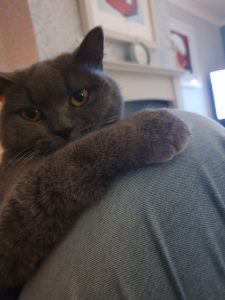 Cheetahs claws may also help but they don’t work in the same way. Cheetahs claws don’t Retract. This is because they belong to their own individual genus Acinonyx. Their claws are only semi- retractable to help them with traction when running at high speeds!

Platypus claws are some of the most unique in the world. Poison is defined as a potent liquid that makes you Ill when ingested or touched. Venom , however, is dangerous if injected into you via a bite or in the platypus case.. a scratch with a single back claw. Talk about unique! 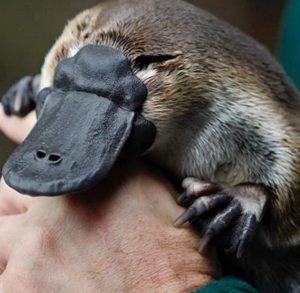 Animal club provides animal parties or animal handling workshop where your will be able to see, learn and interact with the rabbits and other wonderful animals with the help of our presenters. Our mobile zoo has many friendly animals such as hamsters, tarantulas, geckos, vinegaroons and more that will be perfect for an animal party. We can also come over to your school for an animal school visit or arrange for an animal workshop with us where the children can learn about animals and have fun too.