Measuring animal intelligence is hard but, based on both physical and behavioural evidence, yes whales are smarter than dogs.

Dogs are man’s best friend and anyone with a furry friend of their own will likely defend the intelligence of their companion. Sadly, this doesn’t change the fact that whales are most likely smarter than dogs.

There’s a few ways we can show this, and I’ll attempt to cover as many of them as i can in this blog.

How big are there brains?

Brain size is probably a good place to start, so let’s have a look at how they size up. Unsurprisingly, the largest mammal on the planet happens to have a pretty huge brain. Weighing up to a whopping 9kg, the blue whale has one of the most gigantic brains on Earth. For comparison, the average adult human brain clocks in at about 1.3kg. 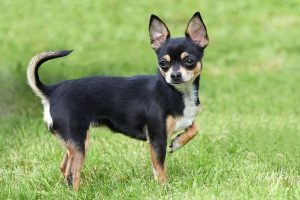 Seeing as some dogs don’t even weigh 9kg in their entirety, brain weight might not be the most fair comparison. Instead, let’s look at the brain to body ratio. Essentially this means what proportion of their body mass is made up of their brain.

We’ll use humans as a reference point once again, with a brain to body ratio of 1:40. Dogs are a bit behind with a slightly larger 1:125, but that’s nothing compared to the sperm whale’s unbelievable 1:4500 ratio. My my how the tables have turned for our literal underdogs.

As I’m sure you know, one of the many charms of the domestic canine is their ability to do tricks. From sitting to handshakes and rolling over, it’s amazing what you can train a dog to do.

Despite not being able to shake flippers with one another or bark on command, whales have a few special qualities. For example, they’re EXCELLENT communicators. A lot of whale species have poor eyesight but are able to communicate for up to around 4km. A remarkable feat for one of natures most remarkable animals.

One stunning display of canine intelligence is that of service dogs. Able to be aware of road and traffic safety, open doors and sense danger, these professional hounds are unbelievably wise. They provide an irreplaceable service for blind people and are able to assist them with almost every aspect of their day to day lives. 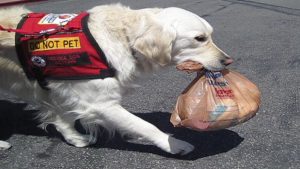 That’s not the only doggy job in the world though, with police puppies in the form of K9’s. Utilising their insanely good senses of smell, they can sniff out all kinds of substances, speeding up the jobs of the police massively.

They can be used for emotional support, exercise, as companions or as helpers. No matter which way you slice it, the utility and training ability of dogs is of irrefutably high quality.

As you can see, there’s plenty of real world examples for the intelligence of dogs. Unfortunately, there isn’t a very large amount of research into whale intelligence, and that means we can’t be too sure how much they can do. Despite this, we know they have the capacity for social and navigational processing and can therefore be pretty confident that they’re a clever bunch, maybe smarter than dogs.