Embarrassment is a complex emotion which relies on our understanding of what others may think of us. Since humans can’t directly tell how an animal is feeling, we can only assume from observation whether or not certain animals are capable of feeling embarrassment.

Why do we become embarrassed?

Embarrassment arises when a person becomes aware of a real or imagined failure to follow typical social norms. It can also come with feelings of shame, guilt or regret.

Although embarrassment is a fairly negative emotion, feeling and displaying it can be highly socially beneficial. It is a ‘prosocial‘ behaviour, characterised by a concern for the feelings and welfare of others. Displaying embarrassment shows others that you understand the social rules that keep the group together, and are unlikely to break them again.

Essentially, embarrassment can bring social groups closer together. This is important for humans as we’re a highly social species. Staying in groups has been necessary for our survival for many millennia.

So, if it is so beneficial to the survival of humans, can animals living in their own social groups feel embarrassed as well?

Our current beliefs on the emotions of animals greatly come from observation by researchers. In one study, researchers saw monkeys check whether or not the other members of their social group had noticed after falling from a branch or stumbling into a ditch.

You may have seen what seemed like a display of embarrassment in your own pets. You may see them cower and avert their eyes in their new haircut or their halloween costume. They may even hide. But these observations don’t necessarily prove that animals can feel embarrassed. 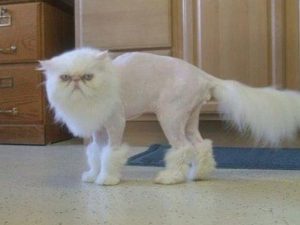 Embarrassment depends on an animal’s ability to understand that their peers have their own opinions. They also have to guess from experience what these opinions might be. This requires a high level of reflective thought, where animals think about their previous experiences and how it may have effected themselves or others emotionally. It is difficult to prove if animals are capable of reflective thought. This makes scientists torn on the subject.

Some scientists believe in the idea of primary and secondary emotions.

Primary emotions are considered to be automatic emotions.  They are connected to the idea of ‘fight or flight’. For example, animals who are more scared of danger are more likely to survive by fleeing from a predator. 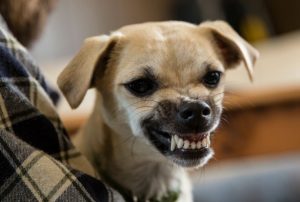 However, there is no overall agreement between researchers on which animals belong to which group. We don’t have direct access to the minds of animals, so we can only rely on observation. Sometimes we can assume an animal is feeling a secondary emotion when it is actually only responding instinctively to a situation. For example, embarrassment in pets could simply be discomfort or confusion. 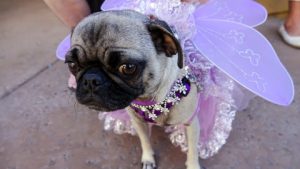 You can observe your own pet carefully and try and work out for yourself whether they feel embarrassment or not. Either way, signs like cowering, drooped ears and averted eyes show that your animal is uncomfortable.