Evidence suggests that yes, animals grieve the loss of other animals. Pigeons, for example, mate for life and show signs of distress when their partner or one of their chicks dies.

My curiosity for this topic was sparked when my admittedly overfed cat caught a pigeon and during the ensuing struggle, a fox swooped out and stole the pigeon right from under his nose – literally. 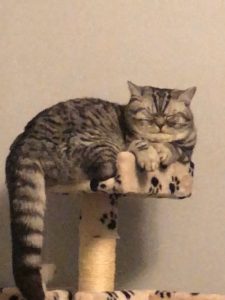 Normally, this would be a slightly sad yet completely natural event without much significance, but this was no ordinary pigeon. My garden is frequented by two pigeons regularly; affectionately named Bert and Ernie. They’re soulmates and always together. You can imagine my distress when i saw only one pigeon looking round everywhere with no success following my tubby feline’s hunting trip.

This led me to wonder, would Bert grieve for Ernie? With great sadness I report that yes, he would and in fact IS, because the truth is animals grieve.

Without getting too philosophical, let’s try to define grief. ‘Grief’ refers to an immense sadness following bereavement (the loss of a loved one). Different people express this differently; some feel unable to do anything with a complete lack of motivation whereas some seem to function as normal due to denial. There’s no one way to grieve, and the same logic applies to animals.

Let’s start with elephants. Elephants are widely reported as having a strong fascination in the remains of their deceased; specifically the bones. When an elephant dies, it’s fellow gentle giants will softly caress and examine its tusks and jaw with their trunks; areas commonly touched as a greeting. 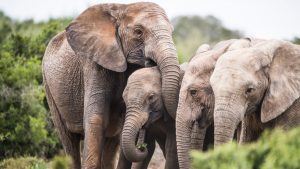 This suggests both empathy and grief in the big creatures, remarkably demonstrating that animals grieve. Elephants are one of the only animals that can die of a broken heart. Sometimes a grieving elephant will collapse to the ground and be unable/refuse to move or eat, eventually dying. This soul shattering behaviour of one of natures most gentle creatures is simultaneously saddening and enlightening.

Dogs are another sad example, and they respond to grief in many of the same ways as humans. They may become lethargic, unmotivated, lose their appetite and refuse to play. Dogs often visit the graves of their dead owners, mimicking the human ritual of paying respects. There is the famous story of the dog whose owner would catch the train to and from work everyday. His canine companion would accompany him to the station each morning and meet him there each evening. When he eventually died the dog continued these daily pilgrimages, waiting on the platform for an owner who would never return. 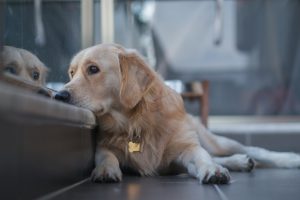 Whether this was grief or confusion, we don’t know. But it is clear that animals have a powerful ability to form connections and bonds, feeling immense sadness and bereavement when these bonds and lost or broken. Animals feel empathy and comradery; they help their wounded loved ones and seek comfort and acceptance. They get sad and anxious, they love and they lose, they desire companionship and feel joy upon receiving it. Animals respect and acknowledge the dead; animals grieve.