Rabbits and chinchillas can get along if they are slowly introduced to each other. They may be able to live together your house. However, there are some risks to house sharing, as the animals have very different diets and behaviours. This means they cannot be kept in the same cage.

How are chinchillas similar to rabbits?

You may be wondering if chinchillas and rabbits are closely related, since they are of similar sizes and looks. However, they’re not in the same family, and there are many more types of rabbit than there are types of chinchilla.

Chinchillas and rabbits require similar levels of care. They both need constant access to food, which is usually given as pellets. They also both have to have an area they can run and play in outside of their cage. This means that if you are knowledgeable in looking after one, you will find a similar experience in the other. But this doesn’t necessarily mean they can live together.

Will rabbits and chinchillas fight? 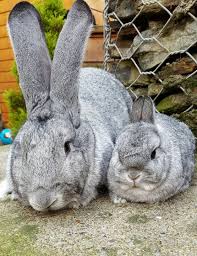 If a rabbit is placed with a chinchilla that it is not familiar with, they may fight. This is to assert dominance over each other. Even though they both need free-roaming spaces to run and play, they won’t play together. This means they will either need separate zones to run around in or will have to take turns.

If you want to try and get your rabbit and chinchilla to get along, expect a lengthy process with no guarantees as to how they will react.

Start by placing their cages together, so they can become accustomed to each other. If they don’t react negatively, they can be gradually introduced by holding them near one another. If you allow them to roam in the same space, keep their cages open and in view. This allows them to escape to a safe place if they feel threatened.

They should always be supervised so that you can separate them if they fight. Even if they seem to get along, rabbits are much larger and have strong kicks, so could harm your chinchilla by accident.

Can rabbits and chinchillas live in the same cage?

You might consider keeping a rabbit and chinchilla in the same cage to save space and money.

Since rabbits and chinchillas must be supervised when kept together, having them constantly in the same cage isn’t possible. Even though they eat similar foods, and you may find a food which is suitable for both, making them share the same food bowl will just encourage them to fight.

If you want to save space, you could have a dual-level cage, and close off the levels. This arrangement would make housing both your rabbit and chinchilla take less space.

Can rabbits and chinchillas eat the same food? 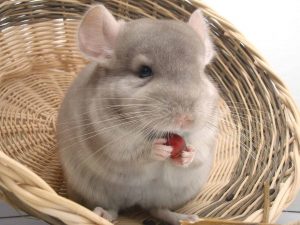 It may seem cost effective to feed your chinchilla and rabbit the same food, especially since their foods seem very similar. However, you must be very careful when transferring food between pets.

In general, it is much safer to feed each pet food which is specifically labelled for them. Their own food is designed to match their nutritional needs, and does not have any ingredients which could be harmful to them. Chinchillas have a sensitive digestive system, and could become ill from eating rabbit food.

So be cautious about rabbits and chinchillas getting too close to each other and only let the mix when they have become comfortable with each other.

Animal-Club provides animal parties or animal handling workshop where your will be able to see, learn and interact with the rabbits and many other wonderful animals with the help of our presenters. Our mobile zoo has many friendly animals such as tarantulas, geckos, vinegaroons and more that will be perfect for an animal party. We can also come over to your school for an animal school visit or arrange for an animal workshop with us where the children can learn animal facts and about caring after pets, and have fun too.