Canaries can hold an extraordinary amount of air, and are therefore more sensitive to poisonous gas. Sadly this is how canaries ‘detect’ gas.

If, like me, you thought canaries had some sort of heightened sense of smell or super-sense for carbon monoxide, I’m sorry you found out this way. In case you hadn’t put two and two together, the canary dies quicker than a human would so once it does pass away, the miners knew to evacuate. 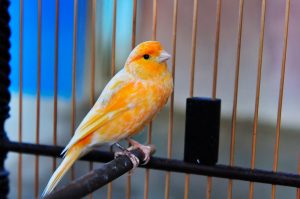 Why are they more sensitive?

A natural question, with a fascinating answer. In order to fly at all let alone to heights that would give even the most physically fit of us altitude sickness, they need a lot of oxygen. A LOT.

To achieve this, canaries are able to get an extra burst of air when they inhale AND exhale. This extra air makes them a lot more sensitive to air born poisons as they aren’t only holding extra oxygen.

This heartbreaking reality is definitely a lot less idealistic than a world where a little yellow bird has the magically power to sense poison for its human companions. But, it is the reality we are in.

A silver lining in all this is that miners did treat their canaries as pets. That is to say they would whistle and speak to them, giving them love and nurture until, ya know, they let them die. 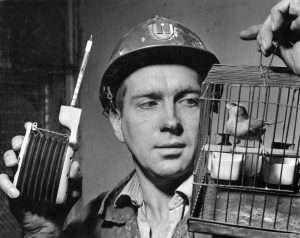 That wording is a bit harsh, these little feathered martyrs saved countless lives by alerting them of gas and i commend them for it.

The next question is, are there any animals that CAN really sense danger?

Now that we’e established that we don’t live in the fantasy land where canaries detect poison, let’s find some animals with a true sixth sense.

The most common animal detection that gets theorised about is that of earthquakes. Many believe that animals are able to sense these natural disasters before humans, but they aren’t sure.

Toads, for example, were recording fleeing their mating grounds prior to an earthquake in Italy in 2009. They did not return until a few days later, once the aftershocks had stopped. This led to the belief that they could sense the earthquake and knew to avoid it. But how? Scientists believe they may have been able to detect subtle changes in the atmospheric electric fields prior to the quake. That is just speculation however. Either way, it is undeniably strange that the toads fled before the disaster and didn’t return until after it ended. Very strange indeed.

For further evidence, take the goats found on Mt Etna. In 2012, they were observed becoming panicked and fleeing hours before a volcanic eruption. It is believed that they sensed the eruption thanks to ground tremors and gases released by the volcano. It’s extra peculiar when you learn that they didn’t flee from EVERY tremor, just those preceding an eruption.

Scientists are now using GPS tracking of these animals and careful observation of their behaviours in hopes of predicting disaster. The problem with researching this area is that we can’t be sure when a disaster will occur. It is impossible to watch every animal 24/7, 365 days a year and so we are left uncertain of the existence of their potential abilities.

To learn more about the canary, read this piece by Kat Eschner, where i got most of my information. A very good read indeed!