The duck-billed platypus is one of Australia’s endemic animal species. It is one of the several animal species that are currently experiencing a steep decline in their populations. A new study published in the journal Biological Conservation claims that the platypus is being pushed to extinction. The study was led by researchers at the University of New South Wales, Sydney. Some of the reasons for the declining platypus populations and its potential impacts as disclosed by the study are:

Human activities are considered to be the main reason why animals around the world are suffering from habitat loss. If the species is unable to evolve in the new environment, they usually begin declining in population. The same problem affects the duck-billed platypus. The impacts of human activities, directly and indirectly, create a problem for the platypus.

Clearing forest areas and fragmenting rivers by dams directly affect their natural habitat. Dams inhibit their free movement in the rivers. Additionally, development activities like the building of water canals or dams destroy the natural habitat for many animals. Platypuses also end up drowning because of fishing gear and traps used in the water bodies. Agricultural activities and land clearing destroy their burrows.

Like we discussed earlier, human activities have an indirect impact on animal populations too. The changing climatic conditions are a result of human activities. These changes in the climatic conditions are known to be the reason for the bushfires. The Australian bushfires took the lives of millions of animals and caused loss of habitat for many others.

The team of researchers claims that platypus populations can reduce by almost 73% in the next 50 years. Increasing drought conditions happen to be a major cause. 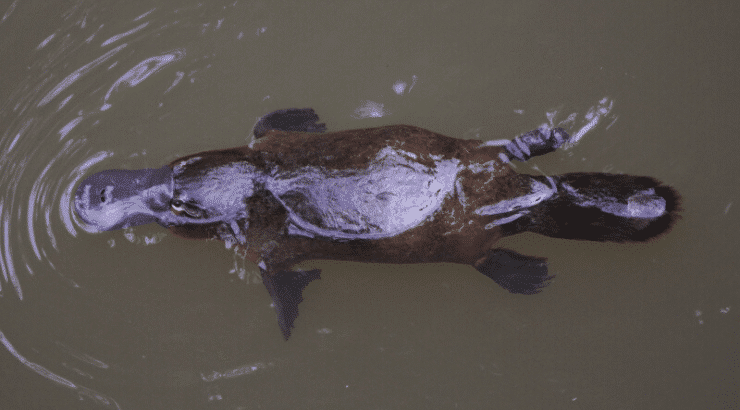 Invasive animal species like foxes are also a concern for the platypuses. Foxes kill platypuses causing further stress for a species which is already suffering from the loss of habitat. Platypuses are nocturnal animals and known to be very secretive. They were once spread across Australia but their populations are decreasing very quickly. It is important for national conservation efforts to ensure that the platypus does not go extinct.

The research paper also suggests some measures for increasing conservation efforts. Freshwater habitats which are important for the platypus must be protected. Steps must be taken to improve such habitats and reduce water fragmentation. Additionally, potential threats for the species should be reduced. They should be regularly monitored, and trends must be tracked.

Just like the duck-billed platypus, several other animal species in Australia and around the world are declining in numbers. Habitat loss is the biggest problem for many of these species. While conservation efforts are necessary, it is also important to spread more awareness among people.

At Animal Club, we do this by regularly educating children we meet at the animal school visit, animal parties and animal handling workshops. An animal party is full of fun and provides the children with a unique experience. As they get to know the animals better, we help the children understand the importance of ecological balance. During our animal workshop sessions, children can handle the animals and learn more about their behaviors. You can request an animal workshop or party by contacting us directly.