Have you been to our mobile petting zoo and encountered our amazing lizards, spiders and cuddly animals? Do you think you’ve seen it all now? Here are six mind-blowing animals that you probably still never heard of! Do you think any of these bizarre creatures will make nice pets?

The Axolotl, also known as “the walking fish”, is not a fish at all, but a type of amphibian. These Mexican-born animals have an unusual look and a very cute smile. They come in a variety of colors from pale white to black and have beautiful feathery gills growing from their head.

Axolotls are best known for their superpowers: they can regenerate limbs and rebuild their jaws, spine, brain and even heart! That’s why they, as well as some other invertebrates that have the same ability, are extensively studied by scientists, who hope that one day we humans can learn from these animals to regrow limbs too!

Interestingly, axolotls make very easy-to-care-for pets! Would YOU like to have one? 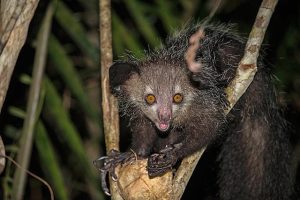 The Aye-Aye is a type of lemur that lives only in Madagascar. This animal with its large yellow eyes, long gray-black hair, huge tail and sharp teeth has a very strange and even slightly scary appearance. It is no surprise therefore that some Madagascar’ tribes believe that if an aye-aye points at you, you will be cursed. Despite the almost alien look, aye-ayes are actually primates, and therefore our distant relatives. Who would have thought!

The goblin shark is a type of deep sea shark. They are quite rare, not because of their numbers, but because you are very unlikely to encounter them! Goblin sharks can be found in all the seas and oceans around the World living on squashing depths of up to 1300 meters! Naturally, they have very little to do with humans and there has not been a single report of a goblin shark attack yet! Scientists know little about this animal’s habits and behaviour as they do not survive in captivity.

If you ever encounter one, though, you will recognize it immediately by its peculiar long snout and large sticking out teeth. The shark’s snout is covered in special sensors that help it locate food in the low light. Its scary-looking jaws can be extended almost all the way to the end of the snout to catch prey.

Tenrecs (see featured image) are members of a diverse family of small mammals that includes nearly 30 bizarre looking small animals found in Madagascar. True to its name, the lowland streaked tenrec, native to Madagascar’s lowland rain forest, has black and yellow streaks across its body as well as barbed quills and soft fur underneath. It looks like a mix between a hedgehog, a shrew and a bee – a rather frightening sight for potential predators, don’t you think?

Also known as dragon of the sea, glaucus atlanticus is a type of small blue sea slug. Despite its beauty, this animal is deadly. Sea slugs use the gas sack inside their bellies to float upside down on the surface of the sea, their colour making them invisible from both above and below, until they find food, a poisonous jellyfish. When they munch on  poisonous creature, they keep the poison, therefore becoming poisonous themselves. So if you ever get to see one while diving or on the beach, stay away!

And you thought the garden slugs were bad guys! 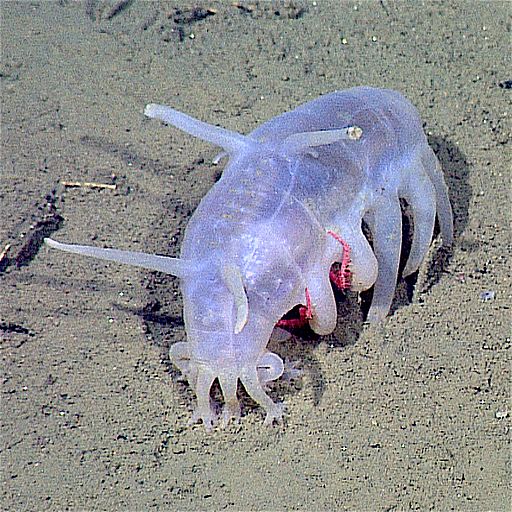 If spotting a goblin shark is difficult, try looking for this deep sea dweller!

Sea pig, or scotoplanets, is a type of  sea cucumber that live on the seafloor at depths up to 6000 meters. With their pink plump bodies and seven pairs of tube-like legs these sea animals indeed look a bit like miniature (up to 15cm) pigs. They are not just cute though, the little creatures play an important part in the oceans ecosystems! They keep the ocean floor clean and tidy by sifting through the mud and eating carcasses and dead plants they find. Yummy!

With new species being discovered every year, there are probably even more mind-boggling creatures out there waiting to be found. We cannot wait to meet them!

Contact Animal Club for more information or to book our mobile zoo and meet our animals!