The blue whale may take the crown for being the biggest animal on Earth, but other animals are the biggest of their kind or in history.

After watching David attenborough and seeing how majestic the whales were, it got me thinking about their sheer size and strength. There are so many wonderful animals that make the tallest humans seem almost microscopic. Here are some of the biggest animals to live or that have lived.

Whales are incredibly impressive animals. The largest recorded blue whale was a whopping 29.9 metres and 199 tonnes. You may be wondering how on Earth does such a large animal eat enough to stay alive? Surprisingly, the blue whale eats tiny animals called Krill, though they are small they eat over 3000 kilos worth a day! 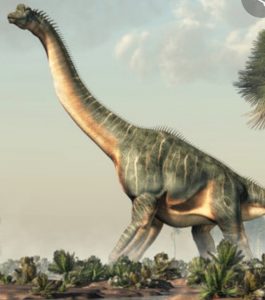 Argentinosaurus was a type of sauropod dinosaur. It was in the genus of dreadnaughtus, the largest titanosaurs to ever live. Sauropods were large dinosaurs with huge long necks. Just like giraffes, the long necks helped them eat vegetation in trees making them a herbivorous species.

Let’s just say they call titanosaurs titans for a reason! Paleontologists believe the largest one weighed a whopping 65-75 tonnes! Titanosaurs lived at the end of Earth’s Cretaceous period (145 million to 66 million years ago). 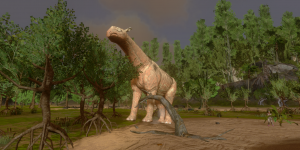 The paracetherium lived around 28 million years ago in the late oligocene period. It was around 26 feet long and was initially a hornless rhinoceros. 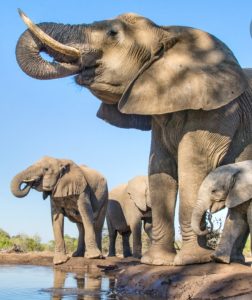 It would come as no suprise that the largest modern land animal would in fact be that of the beautiful African elephant. This is closely followed by Asian elephants.

Elephants are highly social and intelligent herbivores. Incredibly, african elephants can live up to 70 years and have been known to be up to 13ft tall.

Though reticulated pythons may be longer, the saltwater crocodile is in fact the largest reptile due to its weight, strength and size combined. Getting as large as 23 feet and weighing in at 1000 kilos, this is not a crocodile any animal would want to mistakenly swim next to.

The predators are formiddible, patient and deadly and will take down prey as large as buffalo! Because they are opportunistic hunters this technically makes them ‘ambush’ predators. 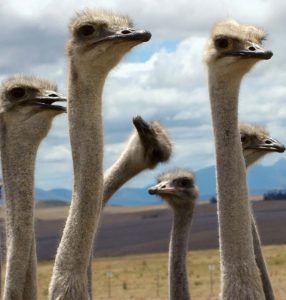 Ostriches have been known to get to heights as tall as 9 feet and are the heaviest birds living today.  There are two species that belong to the genus ‘struthio’.

Animal club provides animal parties or animal handling workshop where your will be able to see, learn and interact with the rabbits and other wonderful animals with the help of our presenters. Our mobile zoo has many friendly animals such as hamsters, tarantulas, geckos, vinegaroons and more that will be perfect for an animal party. We can also come over to your school for an animal school visit or arrange for an animal workshop with us where the children can learn about animals and have fun too.