The Animal Welfare Act 2006 (AWA 2006) of UK protects the animals. This act prohibits any form of animal cruelty. Even though the laws may differ from region to region, but all of them have been created with a similar cause and aim in prohibiting cruelty towards animals. Here is something that you must know about animal law.

Who Does the Animal Welfare Act 2006 Apply to?

What are the Prohibited Offences that are Punishable by Law?

The AWA Act prohibits one from carrying out any procedure of mutilation on any protected animal. It is only when there is a valid medical reason which mutilation, in order to save the animal from a certain medical condition, is when it is permissible.

This act does not allow to dock or removal of a part or the entire dog’s tail. The procedure is applicable only on certified working dogs, as defined under the section.

Animal law also prohibits the usage of any type of poisonous substance on protected animals. 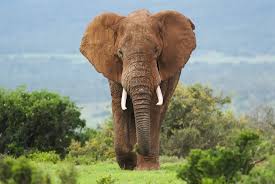 The AWA 2006 considers it an offense if an individual who is responsible for an animal does not follow proper rules to take care of their animal. They must provide them with a suitable environment that is appropriate as per their needs, proper food, and protection from any injuries/diseases/pain. The law will punish any individual that abandons an animal or fails to meet their needs.

What are the penalties if an individual fails to follow Animal Law?

The Animal Welfare Act 2006 states that one would have to pay a fine of up to £20,000 or face imprisonment for a maximum of 6 months or both if they involve in an offense like tail docking, animal fighting, poisoning, unnecessary suffering and mutilation of the animals that are under their care.

Other penalties that an individual not adhering to the animal law may receive are:

Animals can be your friends. They are the bridge between us and nature. Animal Club wants to educate how including animals in your lives can be comforting. They are gentle beings that give you back love selflessly once you bond with them. We are trying to spread this love through animal workshops, animal parties and animal school visits. Our presenters will help you engage with animals at any events you have especially when there is an animal party theme or an animal handling workshop. Animal Club has a mobile zoo which you can book when you want children or adults to interact with these cuddly animals.