Despite many theories and ideas surrounding the mystery, the truth is eels come from external reproduction. That is to say, they release eggs and sperm into ‘clouds’.

Many claims across the internet describe the mystery of eel reproduction and how we ‘have no idea where eels come from’. They even go as far as to say we’ve never seen eels reproduce in the wild nor in captivity. 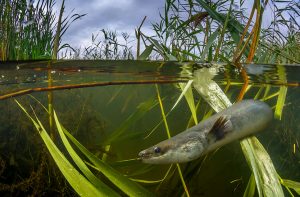 As captivating and mystical as this idea sounds, it’s simply false. We have in fact seen eels reproduce in captivity and we’re pretty certain about the external reproduction theory.

Where do the theories come from?

You may be wondering, and rightly so, why on earth anyone would make something like this up. The honest answer may be, they didn’t realise it wasn’t true.

The truth of the matter is that eel reproduction, while it does happen, isn’t as common as it ideally should be. The European eel, for instance, is critically endangered with only 20,000 left in the wild.

Despite this, eels seem in no rush to save their species as those that find themselves in captivity reportedly don’t reproduce at as fast a rate as their capable of. As stated above, they release eggs and sperm in ‘clouds’ which mix and fertilise one another, eventually resulting in brand new eels. 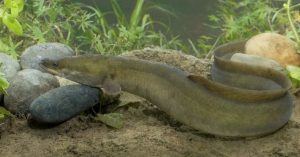 The common myth surrounding eels not having any reproductive organs is also not true. Scientists that have dissected eels have never made such claims, in fact they’ve said the opposite. Reproductive systems can be found in eels of a certain age.

Another probable reason for the popularity of this hoax is that their method of reproduction is different to humans. In order to avoid a talk about the birds and the eels, I’ll keep it to this; we definitely do not release clouds of eggs and sperm.

Which other animals reproduce differently

Ignoring the obvious examples such as intercourse, laying eggs etc, what other ways do animals reproduce?

An interesting quirk of the Argonaut, the only cephalopod that creates and lives in a shell, is a certain detachable appendage, As females are much larger than males, reproduction becomes a dilemma. To get around this, male argonauts are able to detach and ‘fire’ a modified arm filled with reproductive cells towards a female. This enables them to reproduce without worrying about the size difference. Incredible!

The antechinus is a small mouse like marsupial that mates continuously  until it dies. Literally. Males, upon reaching 11 months old, have produced all the sperm they ever will. Then, for the next 2 weeks, they mate with any and every female they can find (sometimes for up to 14 hours each) one after another until their bodies break down. An interesting case of reproduction involves seahorses. These little aquatic equines are one of the only species on earth in which the MALES get pregnant and give birth. A completely, remarkably rare trait that has no advantage or disadvantage, simply an interesting quirk. Facts like these make me love researching animals more and more.

Overall, we can see that eel reproduction isn’t all that special and, in actuality, the most interesting part is the mysterious and conspiracy-inspiring nature of it.