A species scientifically known as Turrtopsis dohrnii is technically an ‘immortal jellyfish’. By reverting back to it’s juvenile polyp stage it is able to prolong its life indefinitely.

While the prospect of an immortal jellyfish is mind blowing, this behaviour has only been observed in laboratory settings. This means we can’t be 100% certain it happens in nature. That being said, it’s likely to.

We observe them doing a number of things that display this. First, they retract their tentacles, then shrink their bodies and fall to the ocean floor. The cycle then starts anew as they revert back to a younger developmental stage. Imagine a pensioner sucking their limbs back into their body, falling on the floor and becoming a toddler. 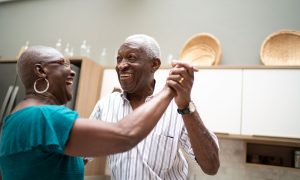 Now of course, they have not achieved true immorality. If they are eaten, murdered or stricken with disease, then they will die. But, in terms of the ageing process, they have acquired some level of eternal life. They’re almost like aliens in how different to humans they are!

You could argue that even this is not immortality, as they transform back to a sexually immature stage. To that I would ask you to consider that if they literally have no predictable lifespan then they must surely be immortal. Much to think about that’s for sure. Immortality is quite a philosophical subject, so I’ll try to get back on theme with some more animal facts!

Is the immortal jellyfish alone?

What I mean by that is are there any other immortal creatures? Let’s discuss. 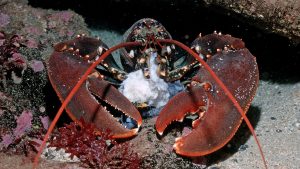 In theory, lobsters are also immortal. They are not slowed or weakened by growing old nor do they lose fertility. In fact, older lobsters may actually be MORE fertile. That’s oceans 2, land 0. Lobsters moult their shells, this is how they grow. Moulting requires energy and as the lobster grows and grows, so does the amount of energy required to moult.

This means that eventually, older lobsters, that are by nature larger too, will die of exhaustion during a moult due to the amount of energy required. Therefore it is common for older lobsters to stop moulting. The downside of this is that they often die due to infection, damage or weakening of the shell. So yes, in theory lobsters are immortal but in practice not so much. 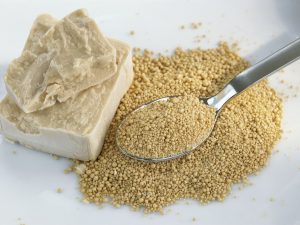 In some cases too technical to explain here, bacteria and yeast can achieve immortality. In very simple terms, the cell dividing to produce a daughter cell may revitalise the original cell, allowing it to live much longer. There is of course a lot more to this, and i encourage you to research it; it’s fascinating!

There are a few other examples of near immortality, with most being microorganisms from the ocean. Even so, they’re incredible to learn about and i hope I’ve left you with a sense of wonder and amazement at the animal kingdom. We may not be able to live forever by becoming toddlers when we’re old but at least we can share animal facts and learn about cool ocean critters, yippee!