The COVID-19 pandemic has created a wave of uncertainties for not just humans but several wild animals too. Rural communities have started experiencing the effects of an economic slowdown. As a result, poaching and illegal wildlife trade may begin to rise. At Animal Club, we had predicted this as one of the impacts of the coronavirus pandemic.

In South East Asia, there are mixed sentiments among conservationists about the impact of COVID-19 on wildlife. The Thai government announced that leatherback turtles were beginning to return to nesting beaches. They returned because of a lack of tourists due to the COVID-19 pandemic on the nesting grounds. 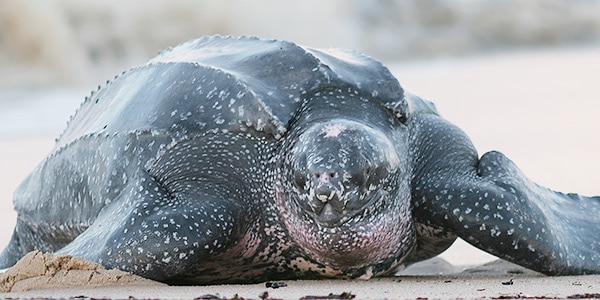 On the other hand, Cambodia reported the loss of three giant ibis which is one of the country’s rarest birds. Animal research group currently listed these beautiful birds as Critically Endangered in the IUCN (International Union for Conservation of Nature) Red List.

There are two reasons for low populations of the giant ibis. Development has led to deforestation of the lowlands and drainage of wetlands resulting in loss of habitat. The second reason why the species is currently endangered is because it is hunted for meat.

Why are we seeing more poaching and illegal wildlife trade?

Colin Poole, Regional Director at Wildlife Conservation Society, Greater Mekong, said, “Suddenly rural people have little to turn to but natural resources and we’re already seeing a spike in poaching. Many of the worst-hit communities are in regions which depended on tourism and small-scale agriculture. Some families from these communities also relied on the money sent from family members working in the cities.

Major urban centers like Bangkok, Yangon and Phnom Penh are experiencing job cuts due to COVID-19. As a result, the families are in a household economy crisis. Supply chains have broken which has affected small-scale agriculturists too.

With no income and no financial safety net, the communities which serve as the first line of defense for the forests, are at the risk of survival. This has coerced them to turn to illegal wildlife trade, illegal lumbering, and illegal fishing.

What can we do?

Without immediate attention paid to the financial state of these communities, wildlife will remain at risk. In the last two decades, conservationists have succeeded in creating several wildlife sanctuaries in the region. But these achievements will quickly rollback if the communities start to look for income alternatives.

In Cambodia, the government pays the local community rangers and nest guardians for protecting endangered species. It may become important to employ more people to safeguard the forests. People who were earlier earned an income through tourism can be employed for these efforts.

At Animal Club, we have constantly promoted wildlife conservation and discussed about it with children at our animal parties and animal handling workshops. At the same time, our team actively engages children during animal school visits and animal workshops discussing wildlife habitats and the problems they are currently facing in their natural habitats. Every animal party we arrange is full of fun and excitement and, at the same time, attempts to encourage children to be kind to animals. We also offer mobile zoo which is great for events like birthday parties. You don’t have to take the hassle of group traveling and let the kids at the party having an exotic animal experience at the same time.