Badgers are small and, usually black and white mammals that are harmless to humans. They scamper off when they sense the presence of humans around them. They will attack only if they or their young ones are being harmed.

Why are Badgers being considered a threat?

Badgers in Europe can get infected with Bovine Tuberculosis or bTB. Co-incidentally humans can also get this disease if the infection is passed on to them. The infected badgers transmit the bTB to the cattle and when humans drink unpasteurized milk of the infected cattle, they contract this disease. The badgers usually mark their territory with their urine and the infection is spread to the cattle through it. If the cattle contract the disease through a badger it spreads the bTB to other cattle through excretion or exhalation.

This is majorly why the government permitted the culling of badgers. However, this way of stopping the bTB is definitely inhumane. There are other ways in which this situation can be handled.

What do the experts say? 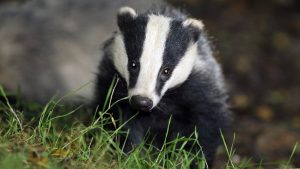 Scientists argue that culling is completely unnecessary because when the right precautions are taken then the risk of humans contracting the Bovine Tuberculosis is extremely low. TB surveillance in the animals and milk pasteurization are the two ways in which the spread of this disease can be controlled. Besides badgers are not the only ones that carry the bTB infection, even the livestock like goats and horses and domestic animals like dogs and cats can get be infected.

How to stop Badgers Cull from coming to Derbyshire?

Killing badgers to stop the disease from spreading is not the solution. Moreover, even after the cull, there is no evidence that shows that the bTB in cattle was decreased.

Several wildlife supporters came forward to protest the culling of badgers. The Derbyshire Wildlife Trust raised funds to stop the culling from coming to Derbyshire back in 2013. They trained vaccinators were vaccinate badgers so that they don’t spread the bTB. The program is still running successfully and is also one of the largest vaccination programs in United Kingdom. Fortunately, in 2013, badger culling did not make its way to Derbyshire.

However, last year, in 2019, Derbyshire was one of the 14 countries where badger culling would be legalized. Even though the culling did not happen back then, this year in 2020, the order for badger culling seems to be taking place again. The only way to stop badger cull from coming to Derbyshire is to raise your voices against the act. You could join a local anti-badger culling campaign in your area to protest.

What is Animal Club’s view on this?

Animal Club also wouldn’t like badger cull coming to Derbyshire. We have a special place in our hearts for the animal kingdom and strive to keep them safe.

Our mobile zoo has friendly and cute animals that are perfect for an animal party. We offer more than just entertainment to your guests at the animal parties and would love to educate them about these wonderful animals. All the presenters at Animal Club are conversant and look forward to sharing their knowledge about the animals with you. Besides animal parties we are also equipped for holding animal handling workshop or an animal school visit at your choice of place. Along with children’s parties an animal workshop can also be a part of corporate events.