Wildlife in the United Kingdom is threatened by several factors. Many of these factors are a direct result of human development. It is estimated that the UK saw a decline of almost 56% of species between 1970 and 2013. At this alarming rate, we may be looking at a planet with a disbalanced ecosystem.

This can make sustenance difficult for several organisms as well as for humans. By understanding these threats, you can play a role, directly or indirectly, to diminish or alleviate them. The WWF recognizes these 5 main threats to wildlife in the UK.

At this time, over 70% of land in the UK is used for agriculture. While this should sound like a good thing, agriculture has eroded the soil quality. Additionally, it has also claimed land that would otherwise be a part of the forest lands. Flower meadows, hedgerows and trees have declined in numbers. This directly affects all organisms which consider these as natural habitats. Indirectly, it affects all other organisms which are a part of the same food chain.

It is estimated that by 2050, the seas and oceans may have more plastics than fish. This is how big the threat of plastics is for the planet. In the UK, the fight against plastic is yet to show visible results. Many organisms die because of consumption of plastics and microplastics. All businesses and corporation must get together to identify coordinated methods which can reduce our reliance on plastics. 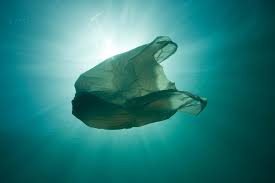 Climate change severely affects our wildlife. As weather patterns shift and temperatures rise, birds and animals try to adapt to these changes. Migratory birds are returning earlier from their migration grounds. Animals are changing their hibernation patterns. As a result, all other organisms which depend on these birds and animals for food are experiencing survival threats. Animals that are unable to cope with these changes are declining in numbers. Those who fail to adapt may eventually go extinct.

Rivers in UK are threatened by over-abstraction and pollution from pesticides and insecticides. Very few rivers in England are considered healthy. Most of these rivers are the natural habitat for many marine species, birds and animals. All of these organisms directly suffer the impact of river damage. Agricultural pollution impacts small rivers in many parts of the country. Farmers must be empowered to move towards sustainable farming methods. These methods should support higher production without impacting the river waters.

Pesticides harm several organisms which thrive in farmlands. Recently, organizations around the world have banned the use of certain pesticides which can harm bees. But there are other pesticides which continue to be harmful for many animals. For example, the slug pellets used by farmers as well as gardeners around Britain contain metaldehyde. This is a harmful toxin which can find its way to our water systems if not applied properly. The pellets can even end up in drains and ditches and eventually reach animals other than slugs. Just like microplastics, the toxins from the pellets can be passed up the food chain. As a result, the impact of this toxin can be larger than just eradicating slugs from gardens.

Animal Club promotes a healthy ecosystem. To do our part, we spread awareness about wildlife conservation through our animal handling workshop and animal parties. Children love to hear about the natural habitat of the animals they see in the animal workshop. Even an animal party can be a fun place for children to learn about animal conservation. Many children experience such close interactions with wild animals for the first time. Our animal school visits and all other workshops are focused on helping children see that wild animals are vulnerable and they need our help in conservation so that they can return to their natural homes.