Recently, the government has been caught between showdowns from parties vouching for a ban on trophy hunting and those against it. People supporting their opinion make a strong case of why trophy hunting should or should not be banned. Our association with animals makes our opinion lean towards whichever choice would be better for the animals. We have scrutinized both sides of the ban and realize why the government is still weighing its options. Here’s how the ban may affect people and animals:

It enforces the government’s stance in protecting wildlife

Many animals in Africa have made it to the list of endangered species. This is mostly because of poaching, illegal hunting, and unregulated markets for animal products. Some people hunt animals because they enjoy killing for pleasure. Others do it to earn money by exporting animal products to be used as ingredients in traditional medicines. The need for hunting wildlife is based mostly on unfounded medical beliefs and the joy of killing. By considering a ban on big-game trophy hunting, the government strengthens its positions as an advocate for animal protection.

Livelihoods may be impacted 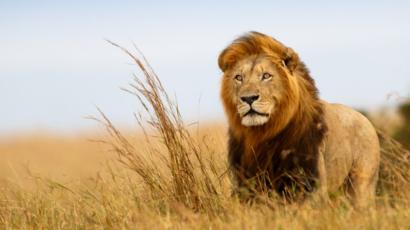 A lot of conservation organizations explain that trophy hunting is a source of revenue that can be used for conservation. They feel that a ban on trophy hunting can do more harm. Hunter tends to pay more for big-game hunting and their carbon footprint is lower than those of tourists. This makes them ideal for Africa’s income. Could conservation at the cost of killing be ideal?

It reflects a moral stand taken by the country

With its recent decision to consider a ban on trophy hunting, the government has taken a stand for animal protection. Many animals are killed and poached because of a thriving market for animal parts. Some of the animals killed are often sold in black markets for high prices. On moral grounds, this is a decision that is a strong step taken by the country to save the ecosystem.

Dependence on trophy hunting for revenue will reduce

Animal Club has always supported the protection of animals and endangered species. Our aim is to increase awareness through our animal workshops and animal school visits. Even at animal parties, we try to include some learning along with lots of fun. As children build a connection with animals through animal handling workshops, we talk to them about conservation. If you decide to throw an animal party, we can bring in lots of fun and enjoyment. The animals that come to the party love to meet new people and spend time with kids and adults. In this way, we try to help people build deep connections with animals. This can positively support the planet’s conservation efforts.